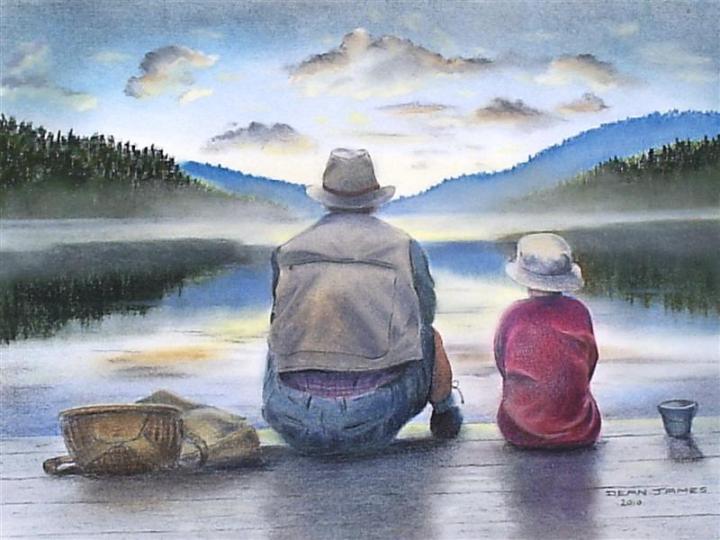 When I was seven, my father and I would take our first visit to one of our farmlands in a corner of Siargao. Nestled in the crooks of marshes and the opening between land and sea, it overlooked the vast blue and green hues that dotted the nearby landscape. Affectionately named Number One, it was the first piece of land my father bought in the Philippines.

The next hour was spent weaving in and out of patches of trees and bushes not unlike a caterpillar, not quite like a butterfly. While I played and actually tried hunting for said insects, my father merely watched, sitting underneath shady but non-fruiting coconut trees, a cigarette in one hand and a map of our divide of Siargao in the other.

Overtime we’d visit that secluded patch of land at least three more times in the span of five years. Always repeating play and work, me amongst the trees or fishing with dad’s makeshift rods, time would pass and Dad would stare more and more out at sea and the surrounding beaches.

Years later, when I was old enough to appreciate sitting next to dad and just think, he would go on to tell me how the rich flora surrounding our farm, once green and lush with large mahoganies, bountiful coconut trees, and sprawling patches of rice crops and the occasional splotches of wild plants, had started shrinking to make way for the nearby barangay of Catangnan to expand and grow into its own small town.

When my half-brother traveled from New Zealand all the way to our tiny island, we packed our bags and decided to spend an afternoon at Number One. While I sat underneath the shade of my favorite mahogany tree, my brother Daniel smoked puffs from an imported cigar brand, before trying to hand one over to my dad. He shook his head and pulled out a local cigarette stick.

Eventually they told me to play in the distance where the bushes where thick and the rare flower jotted out in small bundles. Smidges of red, pink and yellow painted little patterns across the vegetation. Distant clouds outraced each other, like cotton race cars racing down blue roads. Beneath them I could make out a dozen nipa huts with thatched roofs and the occasional local carrying a sack of fish or copra.
Catangnan was a fishing barangay at the time. They had a grand number of four boats between the entire village when I last visited, but somehow I could make out three on the shore that I had never seen before.

In the distance I could just hear my father mention declining coconut prices and unhealthy rice crops. Dan nodding, his cigar burning halfway with the ash falling to the hard ground in a tiny grey pile. When dad looked at me and called me over, I took my steps slowly, taking in once more the landscape of my home island. Had I known that would end up being the last time I would step foot on Number One, I would have stopped for a moment to breathe in the salty ocean breeze mingling with imported cigar ash.

During a geography discussion one day at school we studied an old map of the island of Siargao, at least thirty years old, written by a priest in his dying days. While my classmates were busy locating now cemented roads connecting General Luna and Dapa, I was holding my own corner, studying the small island clusters that surround the bigger mainland.

Where the other islets had annotations of towns and the barangay chiefs of said towns, I found nothing within a ten mile radius of Number One. No townships nor barangays, no people significant there, just an outline and a couple of question marks on the place with a small annotation at the bottom.

“Nobody here, but seems to be a good fishing spot.”When we were to give a report on the map, my classmates talked about commerce and the roads connecting the towns. I, however, discussed the outgrowth on once hidden islands and uninhabited spaces. I had no names to mention, nor statistics to back me up, but I had personal insight and I had that interesting annotation. I remembered my teacher briefly mentioning settlements and rural development before giving my report a grade of 90.

A year before I left for university, my father and I spoke to one another by the porch of our old home, now rented by two marine biologists assigned to study the waters surrounding Siargao.

In between puffs of his familiar Champion brand of cigarette, he asked me if I was willing to sell Number One. He reasoned possibly being unable to provide for me a comfy lifestyle while studying in an expensive University in Cebu or Manila.

After finishing the cigarette, he patted me on the shoulder to think about it and left to pick my mother up from the municipal building. While he was gone I grabbed a hidden album of pictures my parents kept labeled “When we first came to Siargao.”

I fumbled through the album at first, scanning pictures of the sea port in Dapa, the run down fish market in General Luna (no longer standing, instead replaced by vegetative forest), and the occasional photo of my parents embracing in a boat or by the beach. It took two dozen photos before I came upon a picture of Number One with no structures, no houses, nothing to make of think of humans, just the occasional cluster of shrubs and other flora. Underneath was the caption “First piece of land purchased <3”

When dad came home all I could do was show him the picture. Number One ended up staying with us in title for far longer than expected.

The last time I saw my father, we were in one of the larger rooms of Miranda Hospital in Surigao City. He was lying on the bed with a mess of tubes between his face and body. He wasn’t asleep but he wasn’t coherent either, only mumbling in a state between catatonia and seemingly drunk insobriety.

I hazily recall approaching him at midnight, my mother dead tired on a thin foam on the cold, unforgiving floor. I was old enough to realize the inevitability of goodbye and so I wanted to cherish my time with him. I stroked the fuzzy white hairs on his head, causing him to slowly glance up at me.

He started talking, in incoherent staccato sentences. The corner of my lips dipped before I reached out and held his hand. They were warm, a familiar warmth while growing up. Taking a deep breath, he mumbled something so softly I had to lean in to hear it.

“Take care of Number One.”

I smiled weakly and kissed him on the cheek in reply. Two weeks later, having already returned to Manila after Holy Week, my sobbing mother called to tell me my father had passed away.

A few hours after the burial I found myself staring at a picture of my father and I on Number one, overlooking the shores of Catangnan, five bangkas streaking through blue seas underneath drifting puffs of white, and the glare of the horizon behind us.

After returning home for my first summer vacation from studying in Manila, I took a ride by motorcycle to the shores of Catangnan for the first time in years. Where once there were just trees are now dozens of huts and the occasional stonewalled house. A large section of mangroves has been cut away to allow for a fleet of ten boats to pass through more easily to fish.

The entire time, all I could do was stare at the distance, at the outline of Number One being cover covered in large mahogany trees, bigger than I have ever seen them before, with their spaces filled with thickets of shrubs. The waves formed and crashed against the base of the land, blue glinting against the afternoon’s dying light, and whispering melodies of home.

I stared for five minutes, breaking my gaze only when my mother called me for dinner. Before I left, I breathed in the salty tang of the ocean breeze, no longer mingling with cigarette ash as I once remembered. 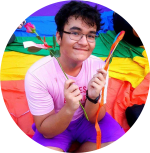 Thomas Leonard Shaw is a student at the University of the Philippines, Diliman. He says he is currently in the midst of hell, trying to find himself somewhere amongst the brimstone.